Should your business be on Facebook? Many business owners will ask themselves this question sooner or later. Read this so you can decide for yourself. 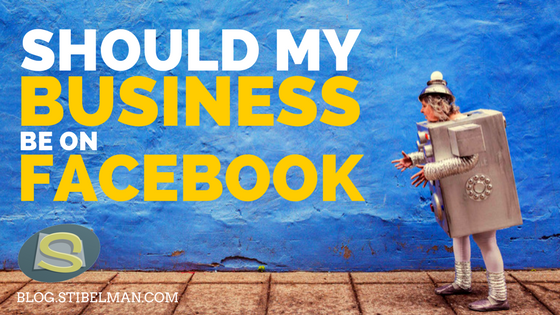 Should your business be on the biggest advertising platform ever?

I think the answer is quite obvious, but let’s look at the different advertising aspects Facebook provides and even a few caveats.

While Zuckerberg’s marketing team might flash messages of friendship, family values and quality time at your face, the real story behind the book is a little bit different.

Even though they promised a change in the quality (and quantity) of advertisement type posts, quite a few years ago, the problem, which surfaced long before, is still here. Many users are being annoyed by those ads and yet they don’t seem to be thwarted by Facebook’s commercial-filled feed.

So Facebook decides that since people just talk but don’t really do anything about it (even adblockers are almost giving up, it seems), they can just keep business as usual, show you the same number of ads, and then some.

Facebook is no different, and the data it’s been collecting for years has now an almost immeasurable value, which makes placing advertisements on it, quite valuable.

And this is only in the first years of its existence. Check out how Facebook’s stock grew over the last few years: