We all know them, heard of them, or had to deal with them at one point in time. Internet Trolls are nothing to be scared of, nor are they to be avoided. 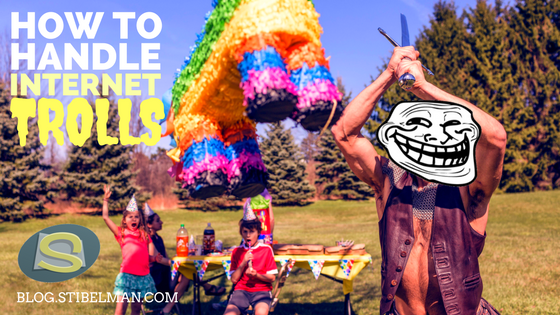 Internet Trolls are not the enemies of Fairies

They’re not magical, nor are they impossible to handle.

What are internet Trolls exactly?

Whatever their goal is, you just need to remember that they’re people. Their power is limited to how much power you give them, or allow them to have.

I cannot explain or analyse why random internet Trolls would harass any brand’s poor social media marketing manager, but I will try to give you a few examples and ideas how to manage those who do.

Every brand and every business has its competition. A smart marketer will not hit his competition with low blows, fearing customer backlash, like the opportunistic Uber move during the taxi driver protest in JFK, causing users to remove the app from their phones.

An ongoing friendly rivalry worth mentioning here is the everlasting McDonald’s and Burger king feud. It’s so intense that Burger King proposed a peaceful action during 2015 Peace day: the McWhopper.

McDonald’s didn’t agree to the offer, for various reasons. But that didn’t stop them from continuing their attacks at Burger King, even to this day, creating an ad showing how McDonald’s is close by anywhere you are.

Burger King responded brilliantly with their own ending to the ad:

Answering to Trolls with a sense of humor will not only make you look better in your clients’ eyes, but will make sure you won’t suffer negative backlash, since any response will be seen as nothing more but a friendly joke.

Internet Trolls aren’t always friendly, and sometimes they do what they do in order to get a negative response out of you (which should never happen).

Creating a friendly ambiance on your social media channels will make Trolls immediately be seen as such and will be singled out by your followers, perhaps even allowing you to avoid confronting him yourself.

Wendy’s has confronted a Troll on Twitter, who was trying to pick at them for their fresh beef slogan. Wendy’s social media marketing manager didn’t flinch and answered back without losing his temper, maintaining a humoristic and friendly approach.

Where do you store cold things that aren’t frozen?

Keep calm and Smile back

Trolls will try to get the worst out of you, and usually they will succeed, so before answering, take a deep breath, try to look at something else, and answer later, with a fresh mind and perhaps after confronting a colleague about the issue.

“I should’ve said this instead…” is a phrase we always say to ourselves after the fight, exactly because we don’t think about our answer in the heat of the moment. So next time, consider your words and see how you can Troll the Troll.